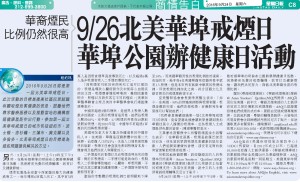 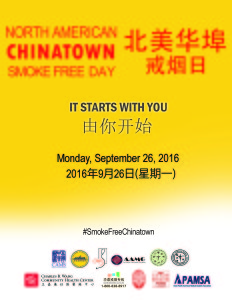 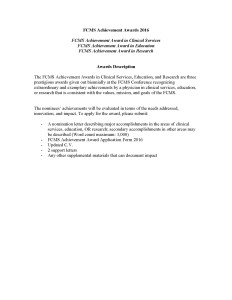 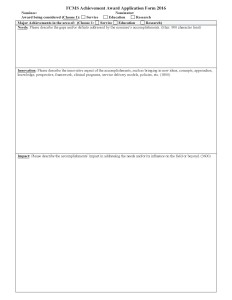 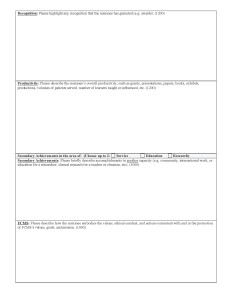 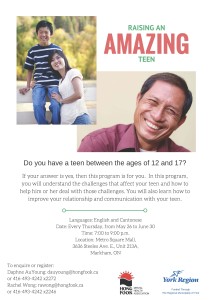 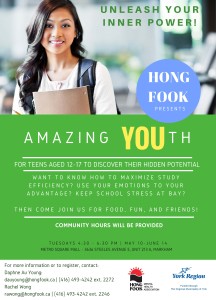 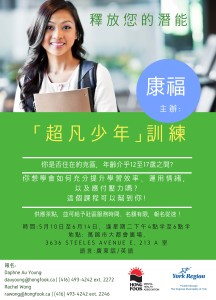 For the first time is expanding its services to the York Region.  I'm going to lead psychoeducational groups for high school students and their parents.  If you know anyone who lives in the York Region and may benefit from these group, please pass the attached posters to them.

Thank you and have a great day.

TORONTO, ON, Monday, February 8, 2016: In celebration of Chinese New Year, the Toronto Zoo announced today the launch of their "Our Giant Panda Cubs Need Names, presented by Cathay Pacific Airways" promotion. The public can vote online and pick their favourite pair of panda cub names from seven different sets of names. Voting will take place through Sunday, February 28, 2016 at 11:59 pm so we encourage the public to vote now!*

In order to determine a list of proposed names for the giant panda cubs, the Toronto Zoo undertook a very consultative process which included a number of steps. First the establishment of a naming committee which was made up of  representatives from the Chinese Cultural Centre of Greater Toronto and the Toronto Zoo.  These representatives compiled an initial list of potential names for the giant panda cubs which was provided for input on proper translation and meaning to Helen Wu, Associate Professor, English/Chinese Translation Program, University of Toronto. From there the list of potential names was shared with representatives from the Chinese Association of Zoological Gardens (CAZG), Chengdu Research Base of Giant Panda Breeding and Chongqing Zoo, who provided their feedback.

"The Toronto Zoo is very grateful for the ongoing partnerships with a number of institutions around the world who have contributed to our success in breeding giant pandas, as well as those who assisted us in developing the giant panda names,” said Mr. John Tracogna, Chief Executive Officer, Toronto Zoo. “We would also like to thank the Chengdu Research Base of Giant Panda Breeding and Chongqing Zoo for partnering with the Toronto Zoo on the giant panda cubs naming initiative."

"On behalf of the Board of Management, I want to commend the Zoo staff and particularly the giant panda keepers and the two giant panda specialists from China for their outstanding expertise, dedication to round the clock care and ongoing commitment to ensuring these precious cubs were given the best chance for survival," said Raymond Cho, Chair.

"On behalf of the Chinese Cultural Centre of Greater Toronto, we were very honoured to participate in the development of potential names for these beautiful cubs," said Dr. Ming-Tat Cheung, President. "Giant pandas are considered a national treasure in China, and I am confident everyone will embrace Canada's first giant panda cubs."

The following list outlines the seven different sets of names the public can vote on:

The Toronto Zoo will be announcing the top chosen set of names on Monday, March 7, 2016 and are planning to introduce the panda cubs to the public in mid-March. The Zoo would like to thank everyone for the outpouring of support for these cubs and for following us on this incredible journey.

“We're thrilled to support the Toronto Zoo in their celebration to name the two giant panda cubs," said Nick Hays, Vice President Canada, Cathay Pacific Airways. As a Hong Kong airline, with deep roots in China and home to this endangered species, conservation is an important part of the Cathay Pacific culture so we're pleased to play a role in spreading the word about this success story."
The giant panda cubs celebrated their 100 day milestone on January 20, 2016, which signifies he or she has survived the risky fragility of infancy and may be considered on track for a successful future in Chinese culture. The Toronto Zoo would like to acknowledge the ongoing support from Chongqing Zoo and Chengdu Panda Base of Giant Panda Breeding for their assistance in raising Toronto Zoo's giant panda cubs born on October 13, 2015 by providing us with two giant panda specialists whose knowledge and experience has been invaluable during this time.
The Toronto Zoo is involved in many research projects in the conservation breeding program and in the wild to assist in saving this endangered species. CLICK HERE<https://urldefense.proofpoint.com/v2/url?u=http-3A__development.torontozoo.com_products_1019478-2Dhelp-2Dsupport-2Dgiant-2Dpanda-2Denrichment.aspx&d=BQMFaQ&c=Dvjge31PR3JZstzk2paJYiflTxRSxp35GBhsbHdd2Zw&r=iVwbA6V8JDCyPsDPScqVTL4jIo7OndI3hmH3vswIYmU&m=r3e0qcYd_KZ3TZqASqWD1I_nD4WUqm7HTEkMEjsNUJw&s=OmEabmbmGk_KCFhnk6INSBtuNWFsaib-Nr8y3T8yaRk&e=> to support our work in giant panda conservation.

*Users can enter one vote per email address. For multiple users under the same household and/or computer, please refresh or close and re-open your browser to vote again. If your browser is linked through Facebook, please ensure you sign out of your Facebook account for alternate Facebook users to log in and vote.

Media Information:
Please note, Er Shun and the giant panda cubs are not on exhibit and media are not permitted in the maternity area of the Giant Panda Exhibit. Toronto Zoo staff will provide updates, photos and video as they become available.

FCCP Conference 2015 -save the date flyer 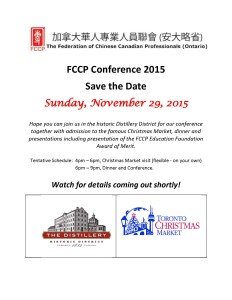 February is a month of celebration with Valentine Day and Chinese New Year.  Dr. Andrew Chung has kindly extended an invitation to all CCMS member to join an event organized by the North Toronto Physicians Journal Club and the Journal Club of Chinatown Physicians, the Winter Symposium and MD Valentine Ball 2015, held at the Premier Ballroom and Convention Center, 9019 Leslie St., Richmond Hill, on Sunday, February 15, 2015.    The symposium is lined up with distinguished speakers covering a wide range of topics.    This event is accredited for 7 hours Mainpro M1 credits.  Following the symposium, there will be the Valentine Ball, fun filled with activities including line dancing, karaoke singing, performance, games, ballroom dancing, delicious dinner and great lucky draw prizes.   For further details, please see the attached documents.

Don’t miss out on this great event and register ASAP. 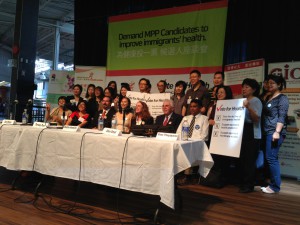 Vote for Health All-Candidates Meeting took place on 7 June 2014 at Markam Village. This event was organized by Ontario Chinese Health Coalition (OCHC) and sponsored in part by the Chinese Canadian Medical Society (CCMS). The event was well attended and many insightful questions were asked by the audience. Candidates from PC, NDP, Green Party were present to present their platforms and points of views. The goal of this event was to demand the MPP candidates to improve immigrant's health. This is in line with the mission of CCMS.